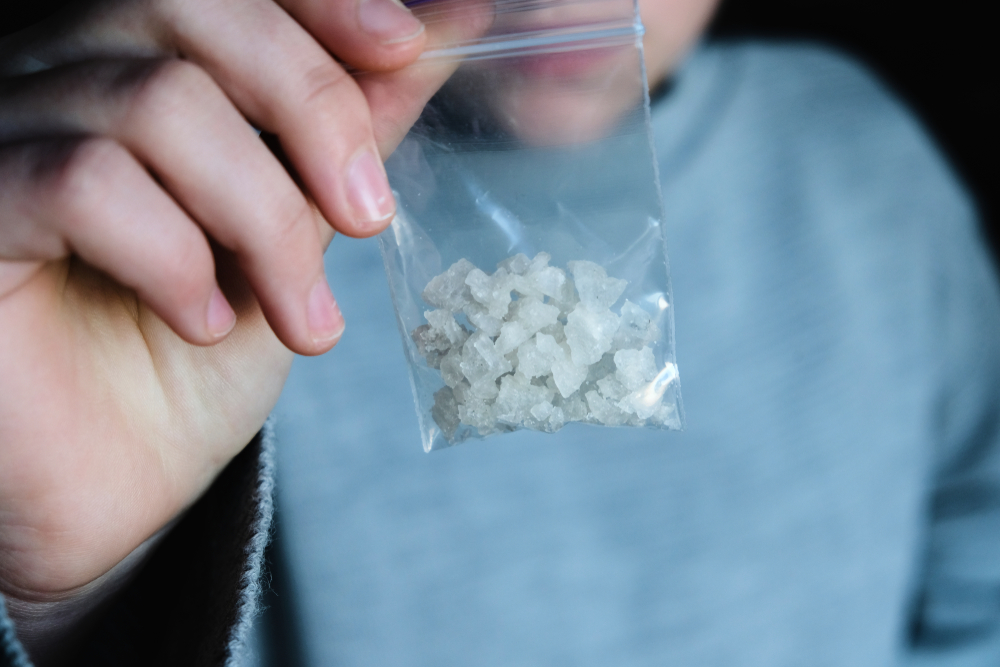 Highly addictive drugs like methamphetamine—commonly called meth—can wreak havoc on people’s lives. Here in Billings, Montana, the effects of meth are becoming more widespread. The Billings Police Department as reported a 75% rise in meth-related violent crime, tracked from 2010 to 2017.

Along with the criminal impact of meth usage, people using meth can experience a number of health consequences ranging from high blood pressure to permanent brain damage. One of the more outwardly obvious effects of meth is its impact on a user’s dental health.

Meth mouth is a shorthand term to describe the severe oral health impact of using meth. In an effort to help heal the effects meth has had on our community, our staff here at Bridge Creek Dental is here to help provide insight on meth mouth, its symptoms, and how meth mouth can be treated.

Technically, there is no dental condition called meth mouth. However, there are several common oral health issues that are common among meth users, according to a study by the American Dental Association. The survey of over 550 meth users found:

And among the older meth users in the study group, 6% of them had fewer than 10 of their natural teeth. Overall, most of the participants had severe gum disease that presented as gum inflammation, as well as broken, stained, and rotting teeth. These issues combined are what is commonly called meth mouth.

As those who abuse substances like methamphetamines often neglect their oral hygiene and indulge in sugary drinks and foods, it is not surprising that their oral health takes a hit. Other clear symptoms and signs of someone with meth mouth can be:

Also, the gums of long-time meth users who inject the drugs by smoking it may be pale, as meth narrows the blood vessels in the gums, which restricts blood flow.

What Causes Meth Mouth To Happen

Substance abuse of any kind can lead to oral health issues, but meth mouth gets its own term thanks to the severe dental damage it causes. Meth mouth can occur thanks to several different factors.

As meth users often have weakened teeth, clenching, and teeth grinding that is triggered by meth can cause the brittle teeth to chip or shatter completely.

Meth Dries Out The User’s Mouth

People Tend To Neglect Oral Health When High On Meth

Unsurprisingly, when high on methamphetamines, people don’t generally take care of their dental hygiene. By skipping out on teeth brushing and flossing, plaque is allowed to build up, and infection can set into the gum more easily to lead to periodontal disease.

When meth is used, blood vessels become shrunken and lessens the blood supply that can reach the mouth. Without enough blood, it is harder for the mouth to fight off infections, making it easier for gum disease to occur and tooth loss. Also, the vessels can die altogether, which just accelerates oral issues.

Dangerous Chemicals Are Found In Meth

Made up of a cocktail of abrasive and eroding chemicals like lithium and ammonia, meth is a toxic mix that is guaranteed to damage tooth enamel and abraid the gums.

Combine a craving of sugary drinks and foods with poor oral hygiene—as well as the other factors listed above—and you are looking at a recipe for tooth decay and gum disease.

While not all these factors may take place when someone is abusing methamphetamines, generally, enough of them for meth to make a serious impact on the user’s oral health.

As you might have assumed from what causes meth mouth, there are some pretty severe oral health repercussions to using meth. Some of the most common ways that meth impacts a person’s oral health are:

Even with the severe impact of meth on a person’s oral health, not all is lost. With the right dental services, meth mouth can be treated.

Having meth mouth treated can be a critical part of recovery from methamphetamine abuse, along with finding the right resources thanks to groups like the Montana Meth Project. With dental treatment, some of the visible signs of meth use—like meth mouth—can be corrected.

Often, when a recovering meth user is ready to address their dental issues, many of their teeth have been damaged beyond repair. These teeth require extraction and can be replaced with things like dental bridges, dental implants, crowns, and dentures. Depending on the extent of the damage, sometimes jawbone grafts, and gum treatments can be required for a former meth user’s dental treatment.

If you have a loved one who has struggled with meth and needs help to recover their oral health, Bridge Creek Dental is here to help. Contact us to set up a consultation with one of our dentists, and we will help your loved one get their dental health back on track.